What has changed in the lives of foreigners?

The positive point in the new law is the following:
– an application for a visa extension (residence permit) may be submitted by a foreigner on the very last day of the validity of his visa (taking into account the nuances of filing on working days, on weekends and on holidays, the Ministry of Interior does not accept). The exception is the extension of the student visa (not residence permit).
Previously, a foreigner had the right to apply for 14 days (holders of work / blue cards per month) before the expiry of the visa (residence permit), which was the reason for refusing to renew, if the application was filed a little later. However, for a student visa (not residence permits) this moment was upheld.
The negative (in our opinion) moment is the following:
– the possibility of changing the purpose of stay after 5 years of residence in the CR for a different type of visa (eg, from a student card or from a work / blue card to an entrepreneurial one). The exception is the visa for residence permit on reunification (you can change it after 3 years).
Previously, a foreigner had the right to change the purpose of stay in 2 years.
– directors (jеdnatele) and founders (společnici) henceforth can not find a job in their company and receive a work / blue card.
Previously, a foreigner – a founder (společnik) and he jednatel could simultaneously occupy and combine 2 positions: to be jednatelem and holder of a work / blue card.
– the son or daughter of a foreigner who has a permanent residence in the Czech Republic, is entitled to receive permanent residence on reunification with his or her parent on preferential terms (without a 5-year stay in the Czech Republic) if they are minor children.
Previously, this also applies to adults who could not provide for themselves (eg, children – students).
– When applying for a visa (residence permit), it is necessary to provide not only notarized copies of matrix documents (a birth certificate, marriage, etc.) with a judicial translation into the Czech language, but also the originals of these documents.
Previously, it was enough to provide only notarized copies of documents with a judicial translation into the Czech language.
– do not extend / deny the foreigner his work / blue card, if his company, where he works, is in arrears to customs, tax and other state. structures.
Previously, the company’s debts did not affect the visa of the foreign employee.
The innovation is that the contribution of the state. duties were split into two halves: part of the stamp duty should be made when applying for an extension, and the second part is paid upon receipt of the biometric card. Previously, the whole contribution (for example, 2,500 kroons) was paid (also in the form of a stamp) when receiving a biometric card.
The innovation in the law concerns convicts in the Czech Republic for any crime.
CIPP Merary z.s. was faced with the fact that from now on an alien convicted of any minor criminal offense (eg petty theft) may be deported from the Czech Republic:
– a foreigner working on a labor / blue card, regardless of the term of punishment
– a foreigner who has a residence permit or permanent residence, who has received a sentence under the Criminal Code of the Czech Republic with a sentence of 3 years
Thus, for an insignificant crime a foreigner will be obliged to leave the country, having lost his education, work and even his family. 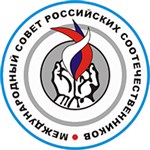 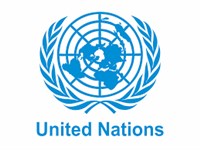